Aha! Your Missing Why is in the Rebuild 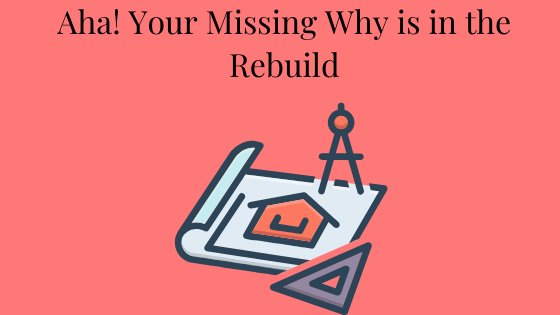 During the early days of lockdown, we discovered a ‘fort’ at our local park. The kids had built small ones before but this was different. It was more like a lean-to. A functioning outdoor house for the young. My kids, already stick-devotees, were enchanted. They were drawn to build upon it. Even on the days that were so cold we could barely hold the sticks, we worked on it.

It became a ritual. This was in mid-March.

I was reluctant at first. The pandemic is not the hardest thing I’ve had to deal with in my life. I grew up with economic instability and faced many other hard things. In the weeks before lockdown, I was laid off and my salary had been our primary one. So, the real fear, of financial insecurity, eclipsed my imagined worries about COVID19. Establishing my business during the worst recession in decades was not my first choice. I liked having a steady salary. I didn’t want to be a full-time entrepreneur. So, I barely slept through the spring. The ‘what’s next’ haunted me at all hours, like a puzzle that needed solving. As my worries grew, I felt guilty about taking time from the frenetic race to revenue, even for daily recess. But our condo is small and my kids need time outside. At first, I used the time to run back and forth in tiny, stressed semi circles when the kids made fort improvements.

One day, after 8 weeks of working on it, when we arrived the fort was completely demolished. My children were angry and confused. They sought blame and then justice. “Why would someone destroy it? Who destroyed it? Wait until I get revenge on who destroyed it!” The hypotheses flew like birds across the dinner table that night.

Sadness and loss followed the anger. During the long days displaced from school, their friends and normalcy, the fort and improving it had become important. It was construction during what felt like society’s destruction.

It was also bigger than us. If sticks needed gathering, my oldest would assemble a socially-distant masked team of helpers. If a wall came down, often our invisible army of allies fixed it overnight. Other kids left trinkets in it and toys. It became a thing!

It hurt to watch my kids struggle to make sense of why anyone would destroy something we built. I tried to explain, that although we worked hard on it, not everyone would see in it what we saw. Nor would everyone understand the effort or pride that went into the past 2 months.

The next day, I got involved.

A new build from scratch required adult hands, a grown-up grasp of physics and past experience with Lincoln logs. The kids ran around the park for more sticks while I worked. That first rebuild took several days. On my early morning runs I would photograph status updates for the kids. A broken wall here or a new improvement there.

I worked on it every day from that point on. I wove Y-shaped branches with knobby straight ones to strengthen the hold. Each was an experiment in defying gravity and the elements. I was now invested. We were unstoppable. We would not stay broken. It was my project as much as theirs.

We had to rebuild from the ground up at least 4 more times and made major repairs at least half a dozen more.

We’ve gone from tears every time someone or something pulls the fort apart to excitement. If we notice it has come down, at dinner that night we say with smiles, “Well, it’s going right back up!” During this pause I reinstated gratitude as part of family dinner. When I asked my son what he was grateful for the first time we rebuilt, he said, “The fort’s still there.” He said the words with innocent swagger and the tiniest bit of bravado. It’s become our resilience mantra.

Yesterday, when the kids took a break to run around and enjoy the warmth, I kept building. I realized in that moment, the sun spilling onto my hands that I am the fort. The fort was me!

I’ve been the loose and broken pile of sticks. Devastated. I’ve been casually pulled apart and knocked over. Sometimes by someone unknowing or uncaring. Or by life’s random ups, downs and sideways but each time I rebuild. Because I have to.

Many of us have been through this process countless times. So, even when we’re drained from life’s knockdowns, we are less afraid. We know to resist staying down and have learned to trust the rebuilding process. Because the inspiration and clarity we need returns in the messy middle of it. We move forward, stronger and better the next time.

My kids working on building and rebuilding the fort. 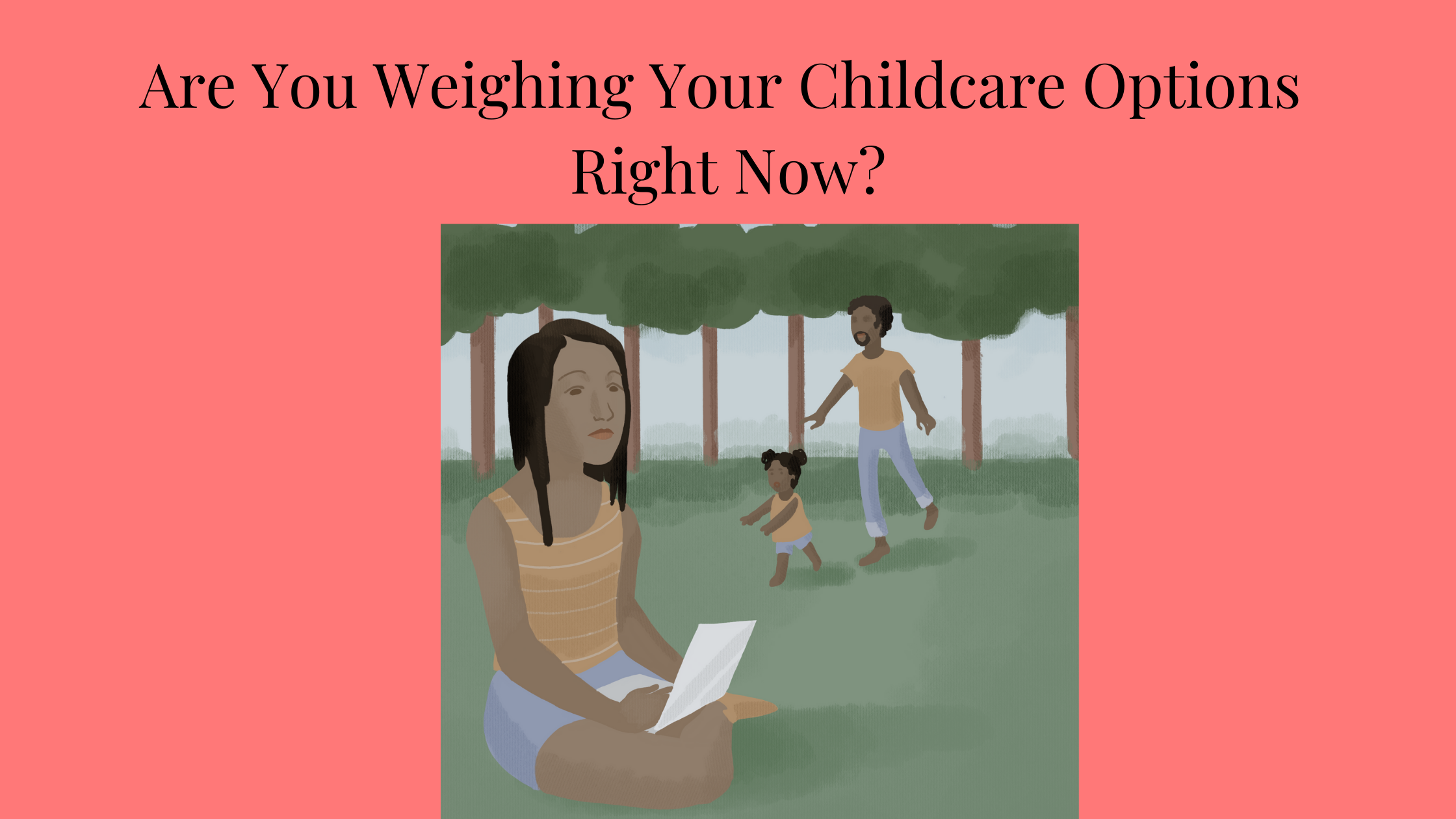 Are You Weighing Your Childcare Options Right Now?