Is There Room For Self-Care in The Sandwich? 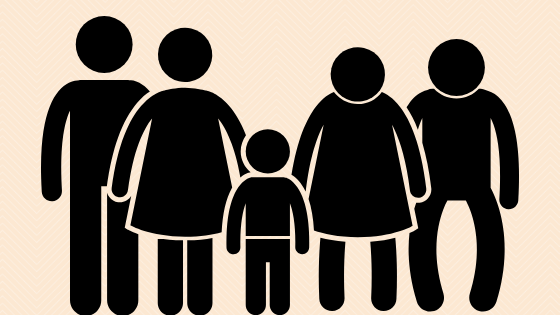 Home » Book Review » Is There Room For Self-Care in The Sandwich?

“My migraines were getting worse and I went to see a doctor. He asked about my life…I told him I worked full-time, had 3 kids and helped care for my dad who had dementia and was living with me while my mother recovered from surgery. The doctor said disapprovingly, ‘that’s too much.’” Jody Gastfriend, my friend and former colleague admitted, “The doctor was right.” I nodded and sighed. We met for breakfast to discuss self-care and lessons learned from her years in social work, building Care.com’s Senior Care services, and tending to her aging parents. In her new book, My Parent’s Keeper The Guilt, Grief, Guesswork and Unexpected Gifts of Caregiving, Jody shares how she ultimately had to prioritize self-care and pay attention to what her body was telling her.

We lamented how Mom-martyrdom is universally accepted and reinforces patterns of self-neglect. Making changes feels even worse than the to-do list treadmill. Envisioning a better way requires energy and creativity…inaccessible to most when overloaded. Jody shared what was happening in her life before the migraines worsened. “There were other signs from the universe… before I realized how worn out I was.” Jody eventually hired a home health aide to help with her father’s care and temporarily reduced her work hours.

Caring for adults is unpredictable. Whereas healthy children follow similar developmental paths, seniors defy patterns as they age. At 90, some remain very active while others at age 70 can’t live alone. An estimated 75% of family caregivers are female. Absorb that for a moment. The likelihood that your parents will need your help as they age is high! Few think of themselves as ‘family caregivers’ and just doing what ‘is expected’ for our parents adds to the stress. Many Moms are squeezed between the conflicting needs of our children and parents. Although it becomes more challenging, prioritizing self-care remains essential.

Caring for our kids, even at its most hands-on, brings a lot of joy. Giving baths, brushing teeth…even potty-training are rites of passage we’re proud to usher in. When an aging parent needs help, however, it’s different. It’s often tied to a loss in capacity, changes that forecast end-of-life, emotionally draining and unlike a child’s bright beginning.

The Price of Caregiver Burnout

“The tightness in your chest, frequent spats with your spouse, and the Ambien you pop to sleep through the night may be signs things are amiss.” Jody validates in My Parent’s Keeper what most know intuitively, that caregivers are more vulnerable to chronic health problems. She goes on to explain, “…They’re less inclined to seek preventative health measures, at exactly at the age when those measures can be lifesaving.”

Jody dedicates an entire chapter of the book to the importance of self-care. “We may ignore advice to take care of ourselves, but we do so at our own peril. We each have to replenish our reserves of strength and compassion or else our well will run dry. Caregiver stress is real. It can result in illness, addiction, depression and social isolation.”  After decades as a clinical social worker, long before her own parents needed care, Jody witnessed the ill effects of caregiver self-neglect.

When we worked together, Jody maintained an impressive balance between professional excellence and protecting work/life boundaries. I asked what self-care looked like in the years she cared for her father.  “At first, I wasn’t very good at it. There was much less understood about the needs of family caregivers, a term that had just come into being. I was also a member of the ‘sandwich generation’ before that was a well-described phenomenon.”

Jody’s doctor ultimately recommended lifestyle changes and meditation. “It was helping, until my dad died, then that threw everything off. Like most family caregivers, I minimized what I had been doing.” In her book, Jody describes seeing a psychologist, trained in the art and science of meditation and biofeedback. “I meditated twice a day for 20 minutes. I learned to pay attention to my breathing as a way of quieting my overstuffed mind. I learned to be comfortable with stillness instead of racing through my day. Twice a day, for a brief period, I gave myself permission to stop doing. And focused on being.” While her headaches and stress didn’t disappear, Jody admits meditation helped. “…It made me calmer. The brief reprieve from the tyranny of tasks felt healing. Like many caregivers I had been piling onto my overloaded plate and ignoring the costs.”

When You’re (Always) The One

“When was the last time you said no to something you needed to do, so you could say yes to something you wanted to do?” Jody asks in the book. She aptly shares what many of us feel, and recalls, “…how difficult it is to be ‘the one.’  The one to take your mother to the doctor, take your kids to soccer practice, shop, cook, pay bills and manage to show up for work once in a while. That was me. To the casual observer I looked like the poster child for the working mother and devoted daughter. I was frequently asked that annoying question, how do you do it all?” Jody explains in her book that while working as a social worker in a home health care agency, the referrals from the nurses always had a similar theme, that “…family caregivers were barely holding on.”

Jody shared one perspective about eldercare from a renowned geriatrician she admires, Bill Thomas, who says, “We have to move away from the tragedy narrative. We have to see what’s still there versus only what’s been lost.” I loved that perspective. Jody also described the positive impact of modeling multigenerational support. “My kids felt valued, being part of the ‘care team.’ We don’t have to remind them to call their grandparents. Without prompting my son wants to visit his grandparents. Our kids benefited a lot from helping care for their grandfather.” Jody smiled as she told me. Beautiful! After caring for her father at the end of his life, she observed, “I’m also less fearful of aging now.” Jody explained that family caregivers often gain something profoundly life changing from taking care of their parents. For others it’s the gift of patience and presence.

I was inspired not only by her candor and thoughtful approach to what is among the most difficult times in any family, but the stories of how she opened herself up to self-care, changing her mindset and ultimately how these experiences brought her family, and now adult children, closer.  When we feel that impulse, to push through the most demanding and stressful times caring for others, remember the words of hope Jody shared in her book, “When people open themselves up to support and connection, change can occur. And burdens can be lessened. If you tip the scales towards too much self-sacrifice you unknowingly put yourself and the person you care for at risk.”

Many thanks to the talented and thoughtful Jody Gastfriend!

For sage advice about all things senior care, please check out her new book, My Parent’s Keeper. And follow Jody’s great adventures on Twitter, LinkedIn and her website.

As a licensed clinical social worker with over 30 years of experience in senior care, Jody knows the challenges of family caregivers, having helped manage the care of her own father with dementia for more than a decade.

Jody has held a wide range of leadership positions including Director of Social Service in a community hospital, Chief Operating Officer of a home care agency, and consultant to health care organizations, educational institutions and employers. A featured senior care expert for NBC News, Fox News, AARPand The Wall St Journal, Jody has been a contributor to The Huffington Post’s Huff/Post50 section and is an expert opinion writer for Forbes.com. In addition, Jody has published numerous articles about caregiving and aging in outlets such as Oprah.com, Salon.com, Next Avenue and the Harvard Business Review.

Jody’s book, “My Parent’s Keeper: The Guilt, Grief, Guesswork, and Unexpected Gifts of Caregiving,”published by Yale University Press, is an essential guide to caring for aging and ailing family members. 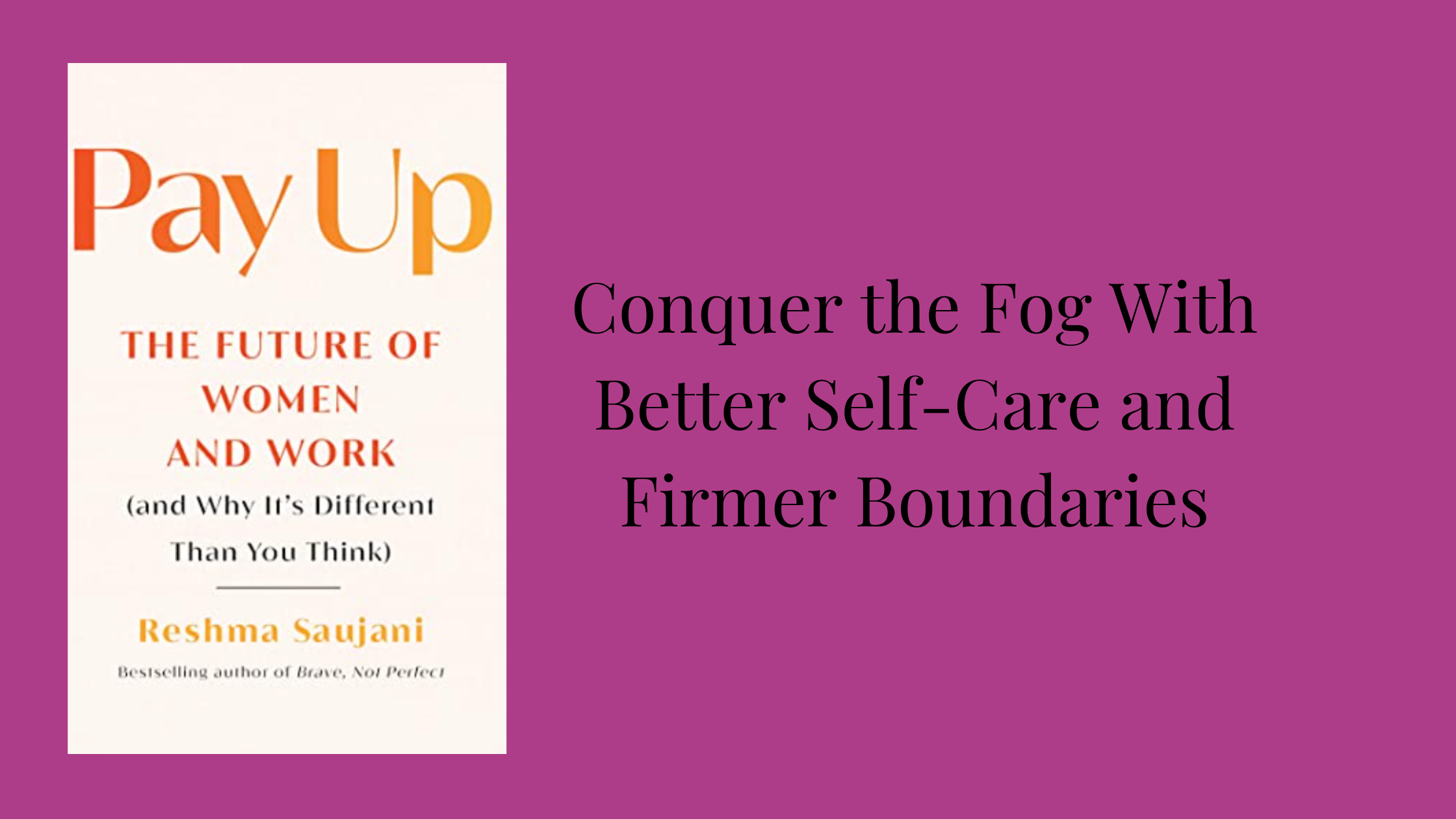 Conquer the Fog With Better Self-Care and Firmer Boundaries 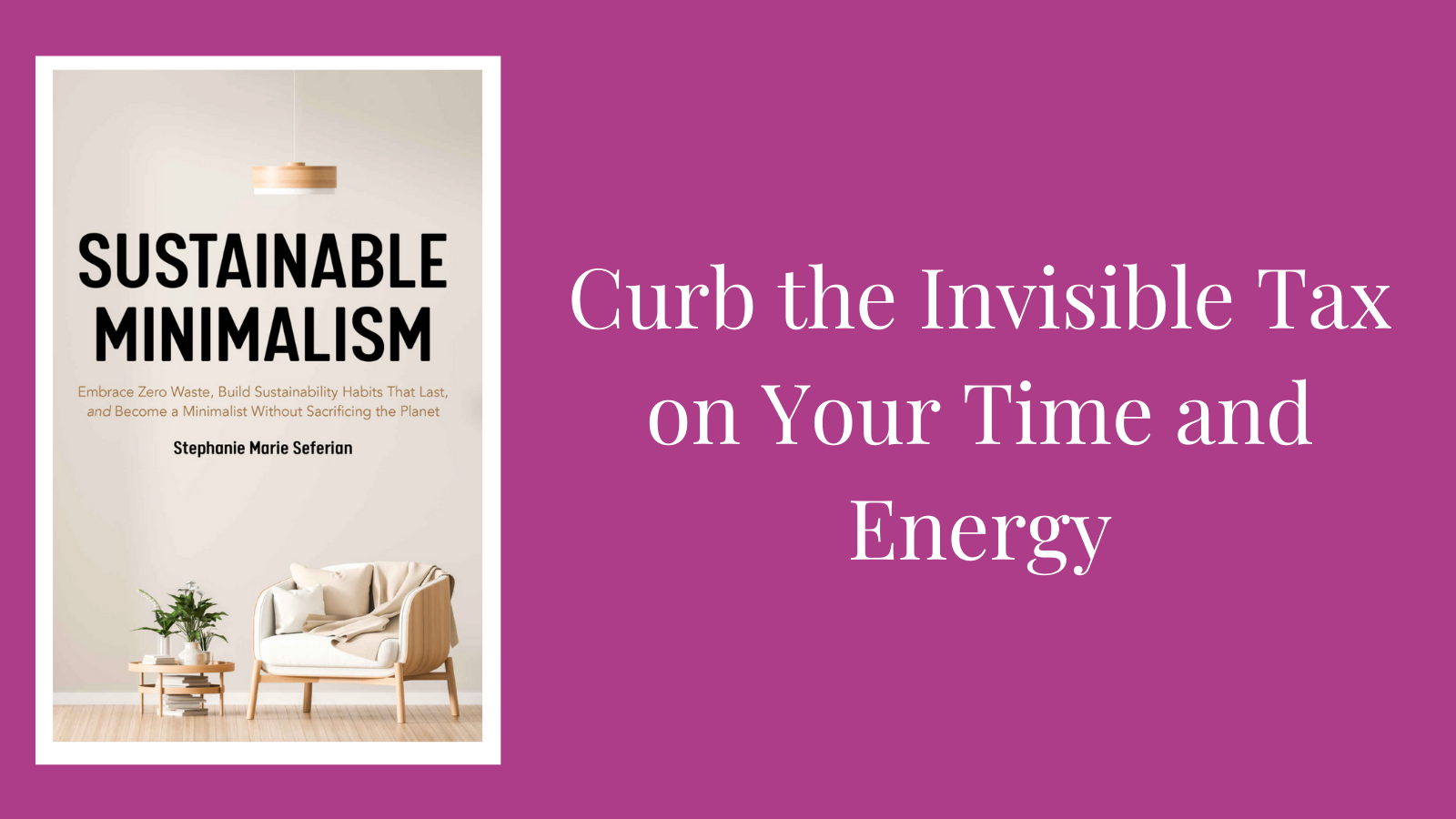 Curb the Invisible Tax on Your Time and Energy 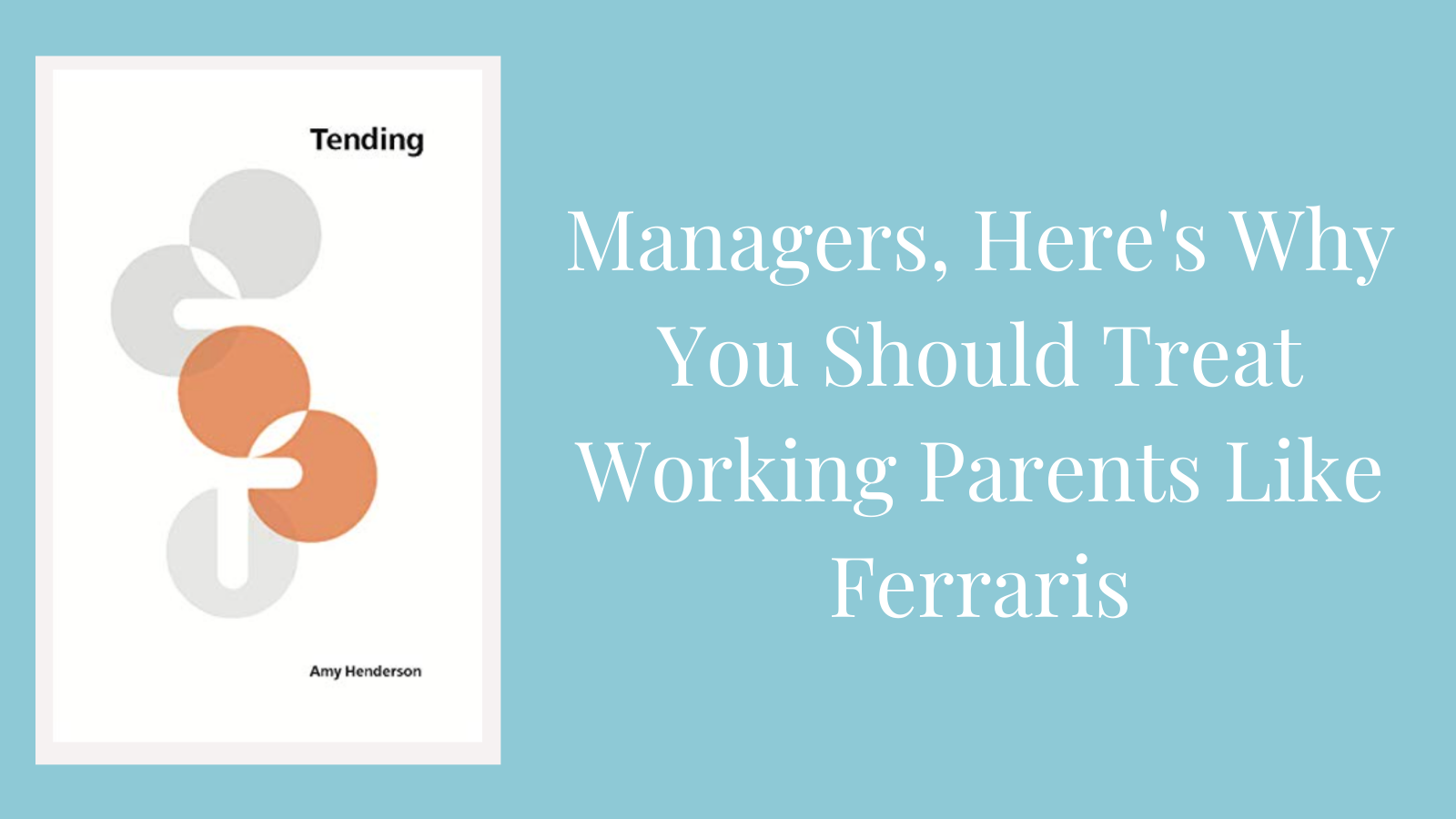 Managers, Here’s Why You Should Treat Working Parents Like Ferraris 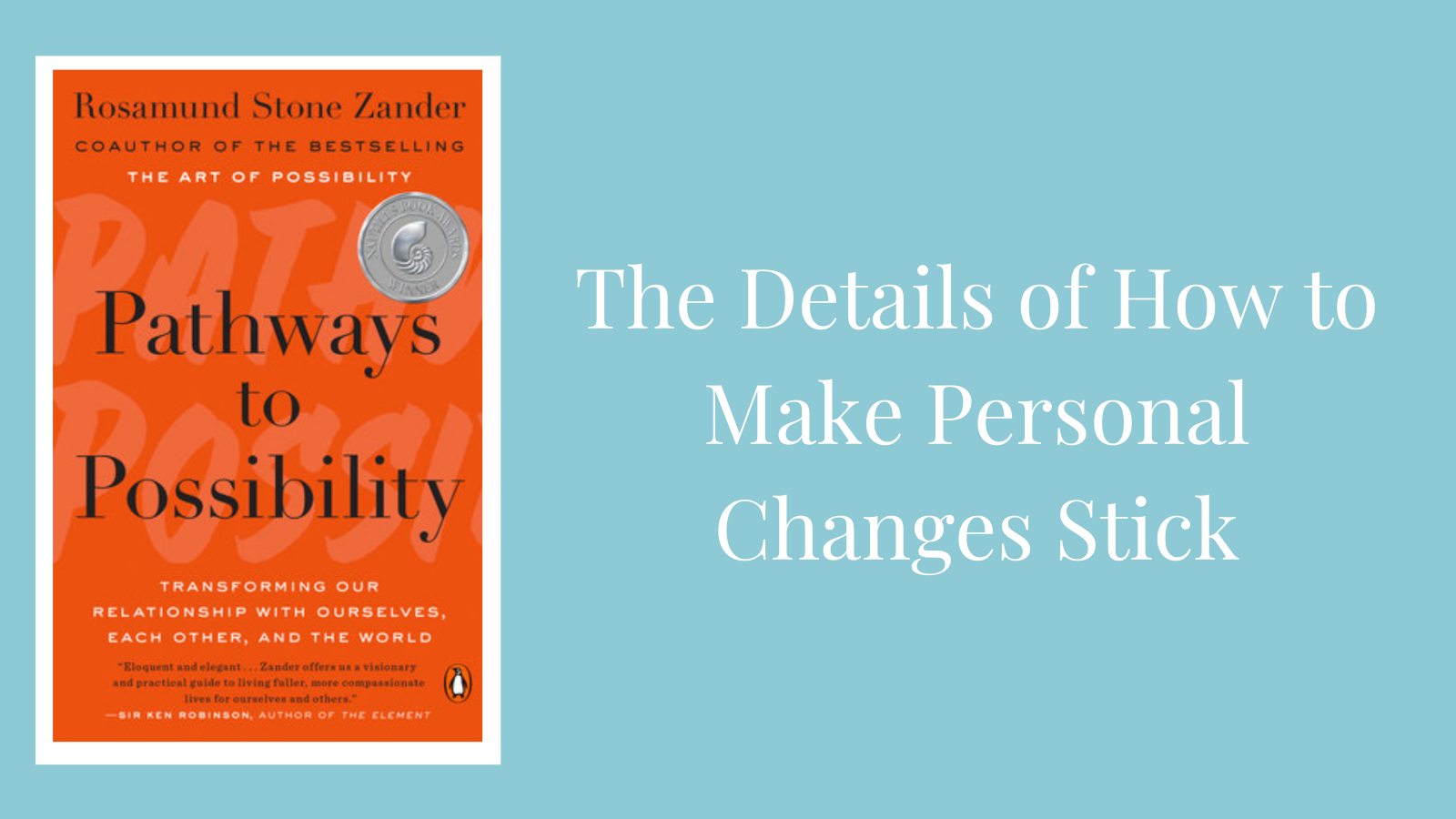 The Details of How to Make Personal Change Stick 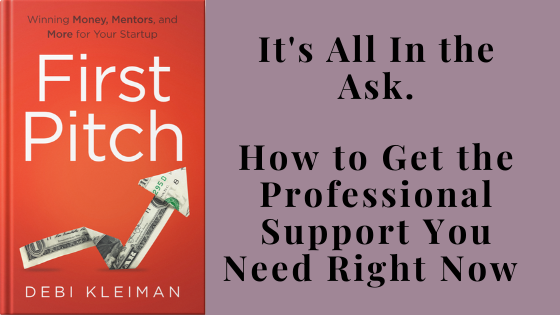 It’s All in the Ask. How to Get the Professional Support You Need Right Now 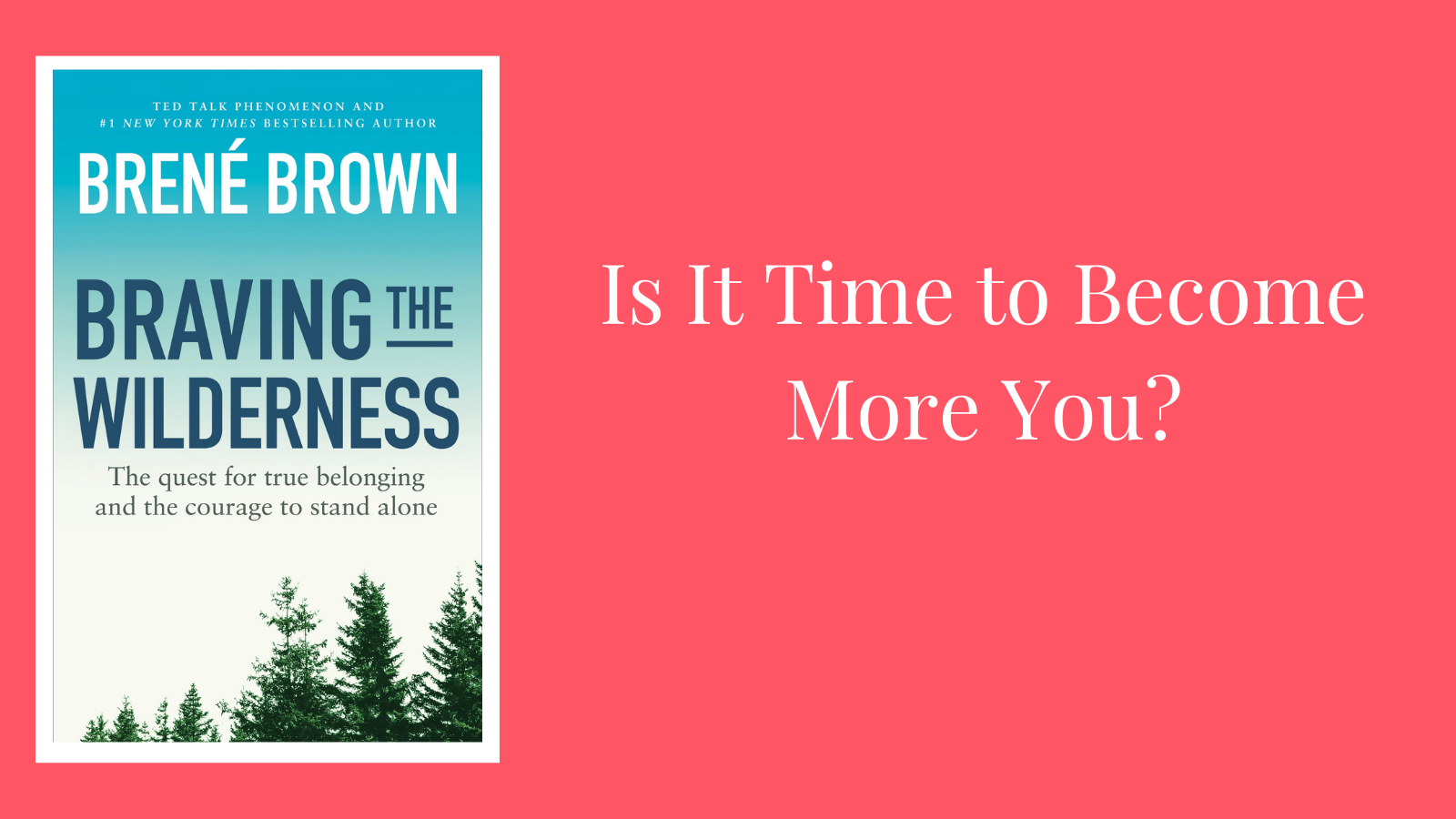 Is It Time to Become More You?