Working Parents Get Your Mojo Back! Flaunt Don't Hide Your Superpowers - Best Mom Blogs For Self-Care | Mom's Hierarchy Of Needs 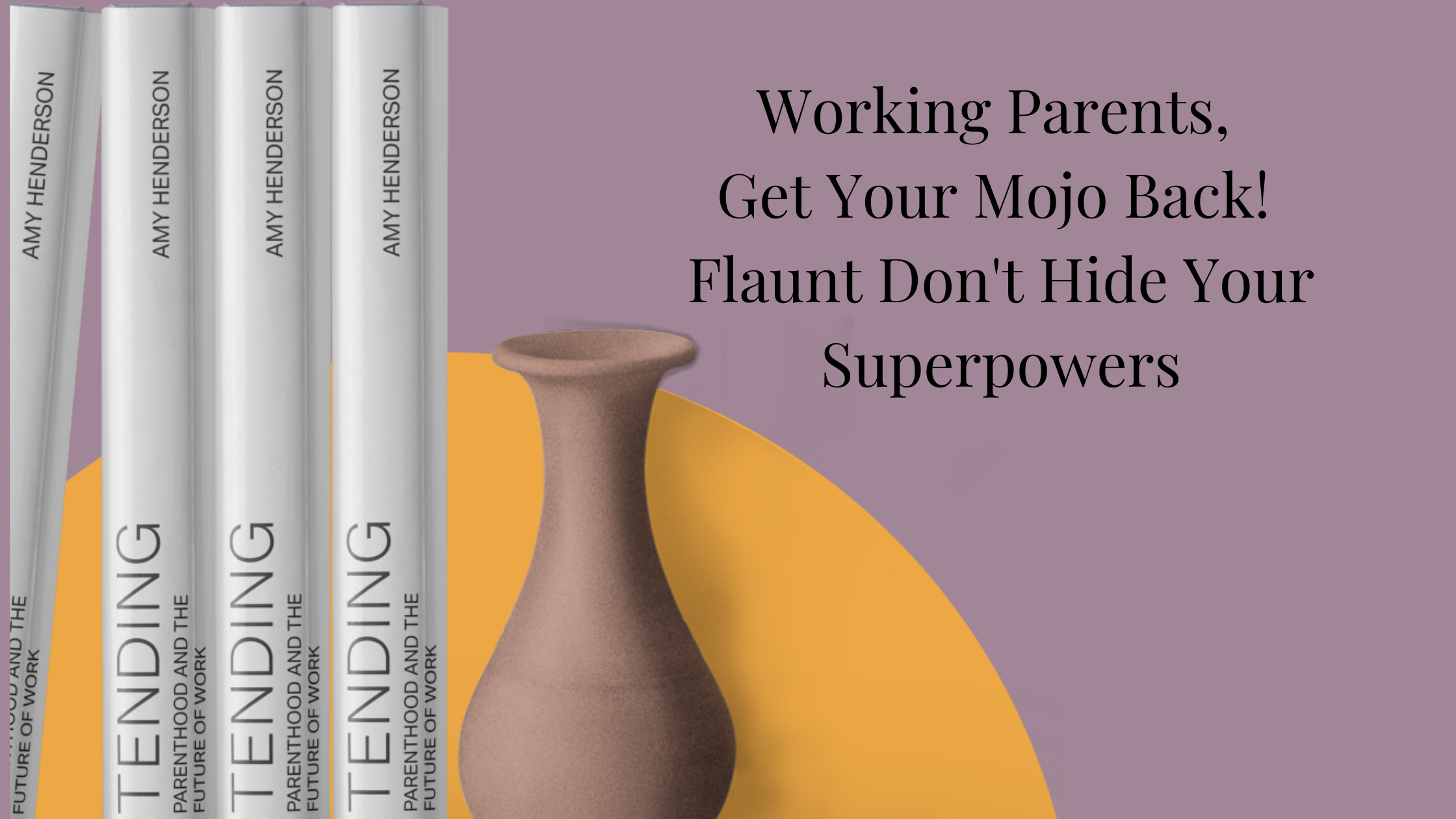 “I asked working Moms, who had good relationships with their kids and thriving careers, how could I have both. I was on maternity leave with 3 kids under the age of 4. So, I called them from a very raw, liminal place.” said Amy Henderson, Author & Entrepreneur. Those calls, to understand if successful working Motherhood was even possible, led her to 4 years of research. She said, “I learned that the things that break you, are also the things that can make you.”

The work and parenting fit was always hard. Moms are blindsided by how difficult it is to get into leadership. Then we’re gaslighted into feeling inept once we’re there. So, we end up taking our superpowers for granted. But like elite athletes, the intense training of parenthood, makes you stronger. And the collaboration, decision making, empathy, presence and efficiency skills that you’ve honed, make you a more agile leader.

Working Motherhood is Harder in the US Than Anywhere Else

In her new book. Tending: Parenthood & the Future of Work, Amy cites research that many of us have experienced. “Mommy bias is the greatest trigger for workplace discrimination. And found that mothers are 79% less likely to get hired or promoted when compared to an equally qualified woman without a child.” And in a culture where career progress equals success, it’s not surprising that being diminished at work leads to self-doubt. Worse, most mothers have sole, co or primary breadwinning responsibilities, which elevates the penalties from inconvenience to financial liability. And it’s an economic double-bind that most women don’t escape. She added, “The US has one of the largest gender pay gaps in the world. And motherhood is the biggest reason for this.”

And Trying to ‘Beat the System’ is Exhausting

Amy’s research helped shift her self-perception and confidence. In the book she said, “Discovering that almost every Mom I spoke with regularly experienced shame and frequently felt overwhelmed both liberated and burdened me. It liberated me because it allowed me to see that I was not alone. I was not suffering because of my unique shortcomings or the bad choices that I had made. I was struggling because being a Mom today is really, really hard. Almost none of us, no matter how wealthy, educated or otherwise resourced we were – felt prepared enough to show up for the job the way we thought we would.” Exactly. Many of us fall into the same trap. Believing we can do the Mom-role in the way society tells us to. But most of what we learn is myth. And Amy discovered the brain science to back up what she’d been experiencing.

What feels like failure, the inability to move fluidly through your day, because you’re learning all of these new things and keeping a small human alive, is stressful in the moment. But these are stretching experiences. Amy said, “My mind was blown open when I found the work of Dr.Ruth Feldman, who has found that the greatest potential for neuroplasticity in the adult human experience is in the year surrounding the birth of one’s child.” Wow. So, the restrictions, through this time of extraordinary growth, are improving our mental capacity not diminishing it.

She added, “I eventually included Dads when I discovered that men who show up for the job of parenting can also experience the same drastic neurological changes. In fact, primary-caretaking Dads are likely to alter their brains as much as primary-care, breast-feeding birth Mothers. And I realized that Motherhood, and engaged Fatherhood, was evolving us in ways that possibly nothing else ever could. It was forcing us to become better versions of ourselves.” YES! She added, “And most of us had never before even considered that possibility.” The evolution feels like always being out of your comfort zone. Which is maddening in real-time but extraordinary over the long term.

Amy explained, “When you show up for parenthood you’re likely to unlock the capacity to collaborate more effectively. Which is one of the critical skills that we need in the modern workplace. Almost all work is becoming team based.” True. Amy added, “It’s also improves collaboration and emotional intelligence, which is a key factor. And the capacity to be more productive and efficient.” Yes. Anyone who has soothed a crying baby with one hand while feeding a toddler with another, will agree. Amy explained, “The other one that was really interesting, is courage. That when you become a parent, regardless of whether it’s your birth child or not, the activity in the regions of your brain associated with fear diminishes.” Wow! The ingredients innovative employers look for.

Donielle Buie, an HR leader and work/life expert who focuses on these issues for her organization agrees. She said, “I thought about this for years. How to describe the skill set I gained as a mom and I’m an anticipatory project manager. At home it’s, ‘how much time do I have to get this project called dinner done before the kids are freaking out and need 17 snacks?’ And I take those skills into the workplace!” Yes.

She said, “I understand when I go into a meeting, depending on who’s there and what they say, all the ways the conversation could go. When you are trying to interpret a tiny human, who can’t talk, there’s no way that you’re not going to have great EQ and be able to read even a Zoom room.” Amen to that. She added, “Maybe I had those skills before but they’re at the superhero level now.” We can begin to own the gifts we bring not just into our homes but to our careers.

Yes, you Bring These Superpowers to Work

As an HR leader, Donielle thinks a lot about the future of work. She said, “We’re figuring out how to acknowledge what somebody brings, based on all of their lived experiences, in the workplace. For example, if somebody has worked internationally and traveled, that brings value that we don’t actually name. Maybe we hire them, because they bring that, but we often don’t leverage that once they’re actually in the organization. And so, we’re going to have to be much more explicit. And acknowledge the wealth of experiences and skills that people bring that aren’t just what they need to do their job.” Brilliant! As the workplace shifts, so can we.

Claim This Experience for the Strength it is

If you’ve had other life-altering experiences, you understand that breaking into a million pieces can either help you rebuild stronger or destroy you. Amy’s past experience, recovering from trauma she during her time in the Peace Corps primed her to think about this reconciliation. She said, “What if we had a different framing during that post-partum time and knew that this was making us better than we’d ever been? That we were growing and stretching in ways that were really uncomfortable. But that were part of a trajectory and it wasn’t a final destination or a failure. Rather, exponential growth is hard, scary and it feels isolating.” YES!

She added, “When I came home from the Peace Corps, while working with a trauma therapist, I said, ‘my God, what is wrong with me! I feel so isolated from everything and everyone I’ve ever known.’ And bless her, she laughed and said, ‘Amy, it’s called growth.’ Our kids get pains in their legs but as parents, we get growing pains in our hearts, minds and identities. Imagine, if we could recognize it as growth and if our culture could recognize it in that way?” The story we tell ourselves has the power to shape our experience of those long days and nights. Amy is on a mission to spread this message. She said, “That’s my whole point with everything I do. We need to frame parenthood differently.”

HR & People Leaders, join us March 17th at 2:00 pm ET for a live strategy session with Amy and learn how to value parent superpowers in your workplace! Attendees will receive an e-copy of her new book, Tending: Parenthood & the Future of Work.

Many thanks to the talented Amy Henderson!

Amy Henderson is one of our nation’s leading voices on the critical role of parenting and caregiving in developing the future of work. Amy is a mother to three kids and the founding CEO of TendLab, which began as a consulting business to help companies unlock the power and potential of parents at work, and has transformed into something much bigger. The new TendLab is a gathering place for incubation and instigation, bringing together the changemakers across business, research, technology, and politics to forge a better path forward for working families.

Armed with the revelation that parenting develops career-critical skills, Amy wrote “Tending: Parenthood & The Future of Work” to further the Tending movement. Amy also started and co-leads the Fam Tech Founders Collaborative. A network of over 130 founders who are solving for the needs of caregivers.   A regular speaker and author advocating on behalf of the power of parenthood at work, Amy has been featured in and written for The Wall Street Journal, Forbes, Fast Company, Slate, InStyle, and more. 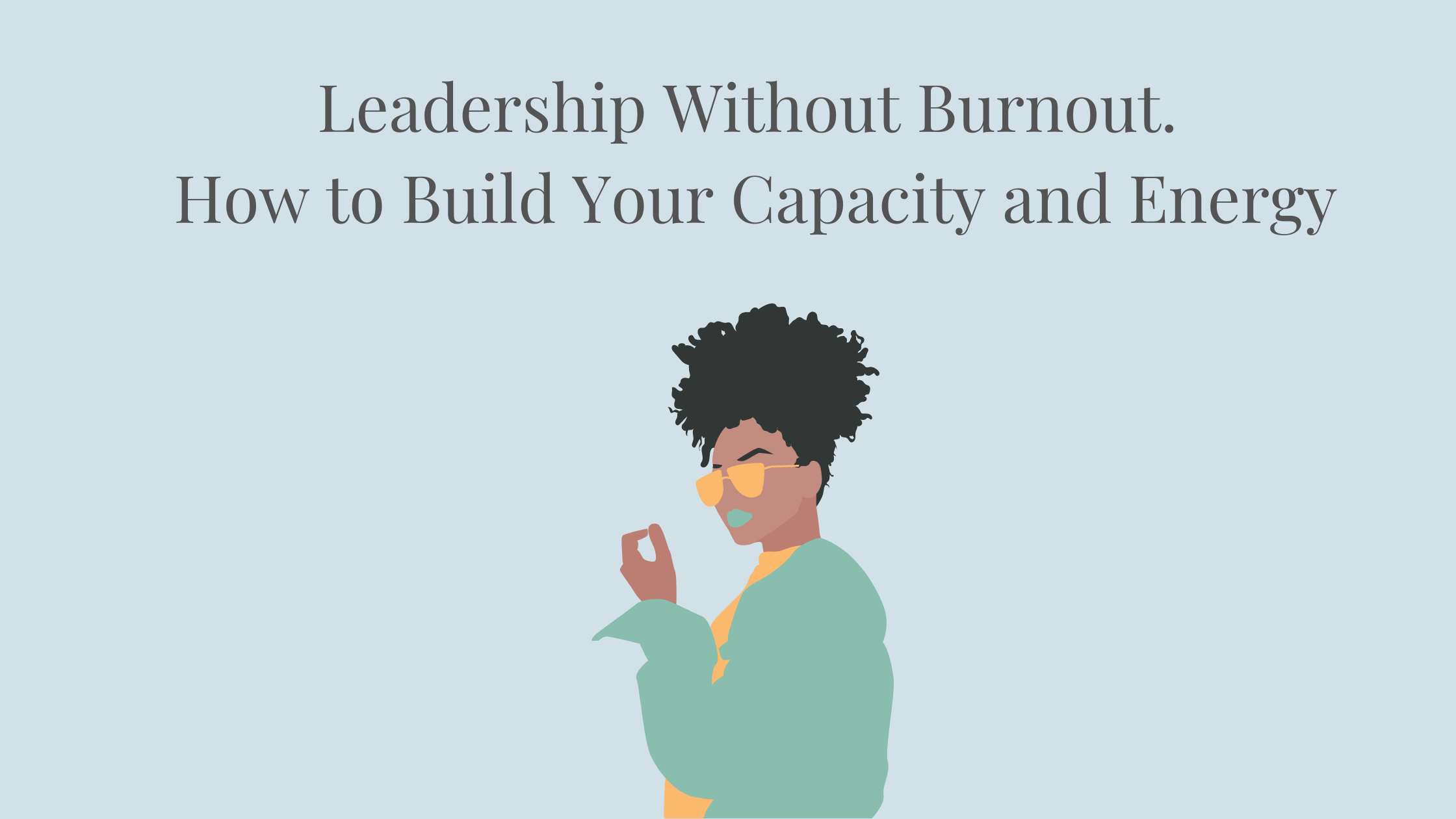 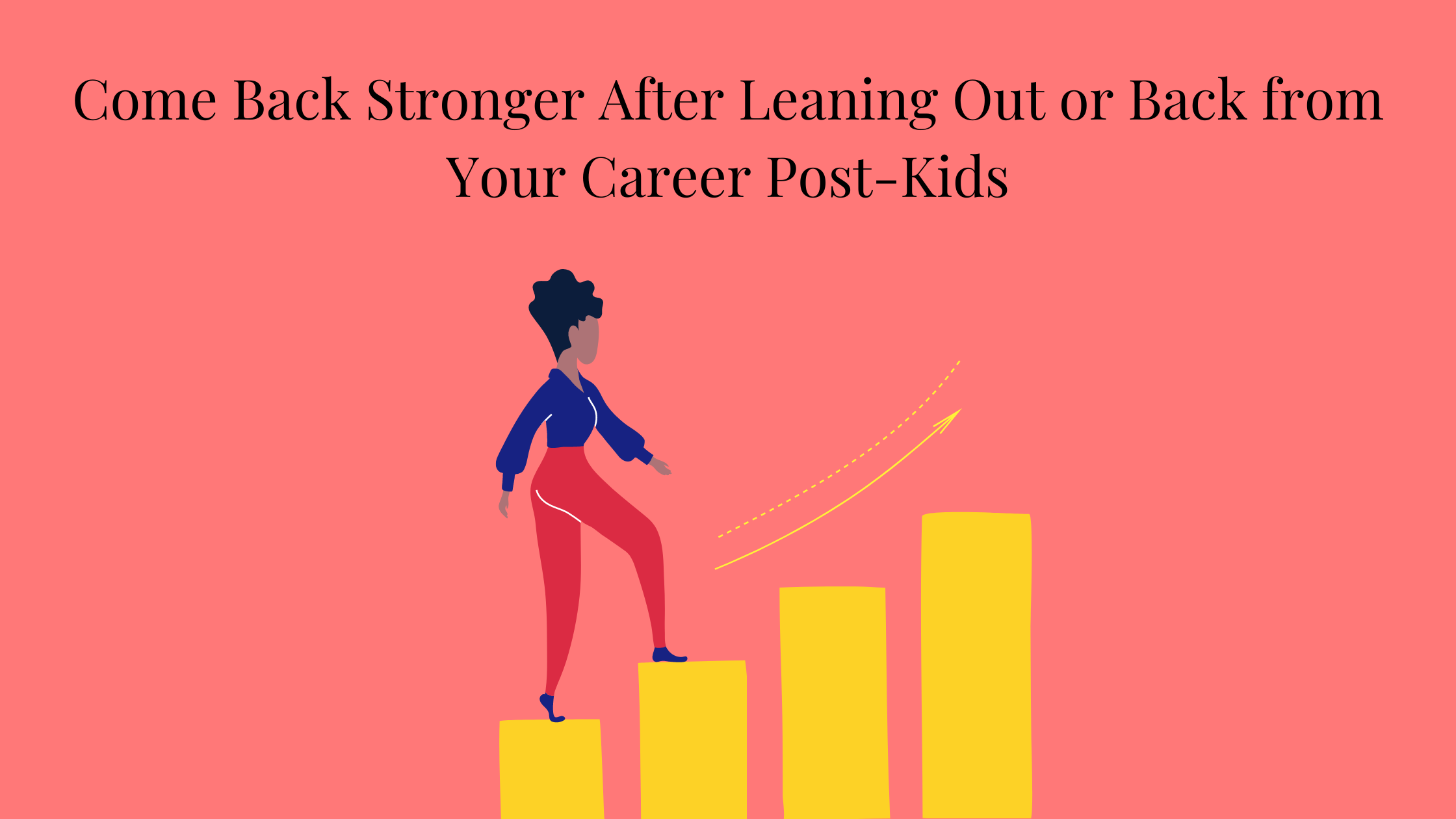 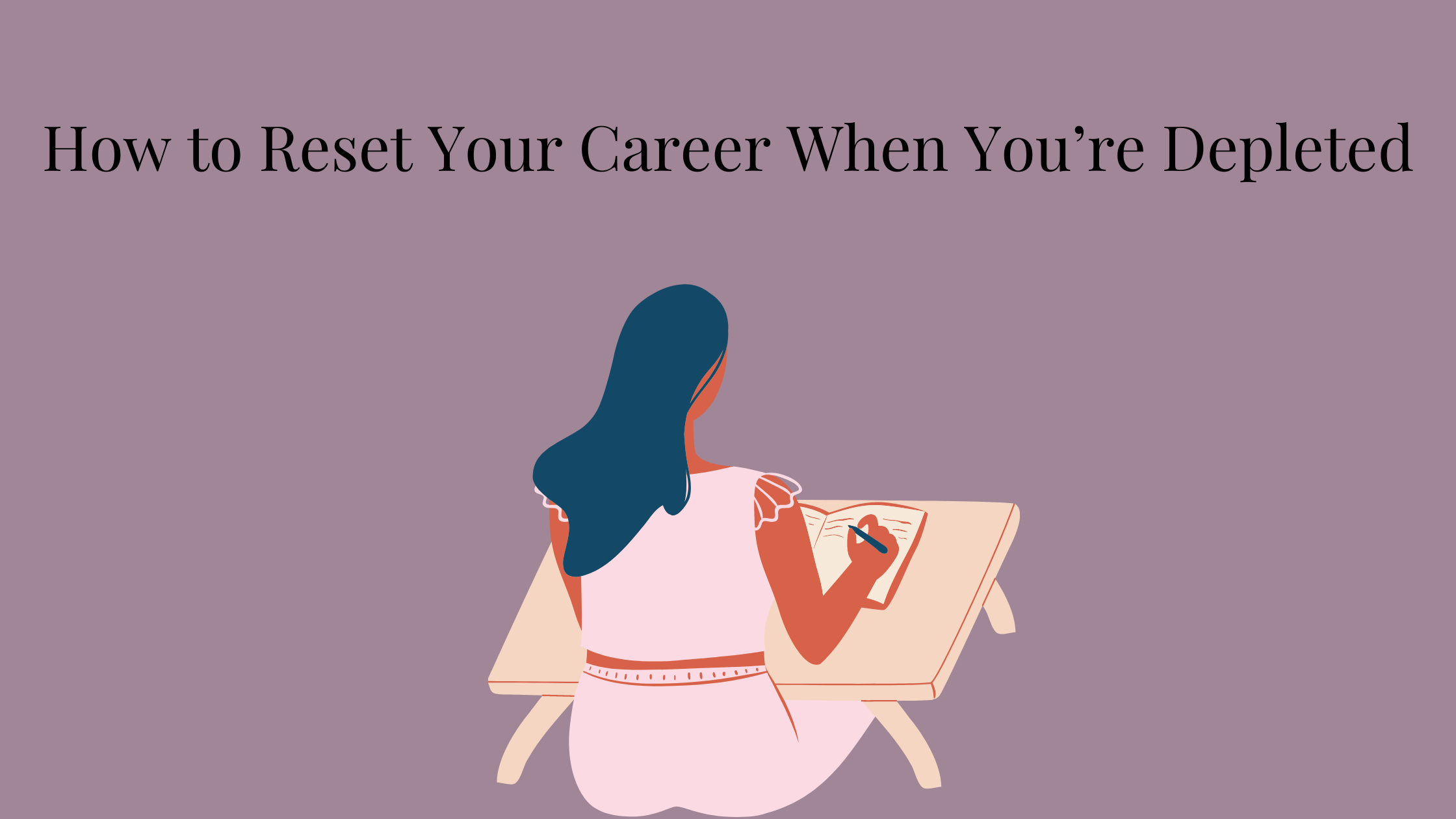 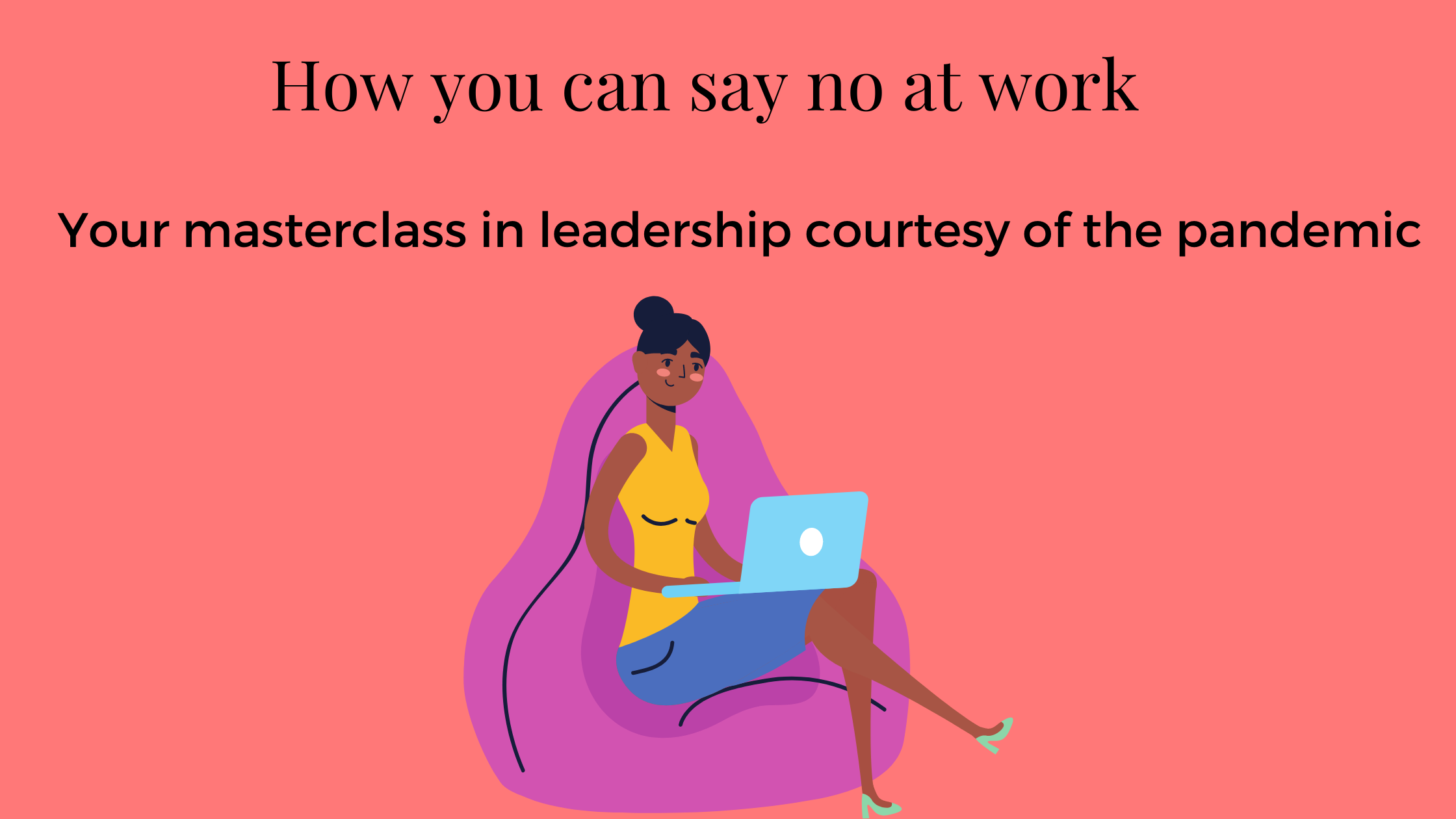 How You Can Say No at Work 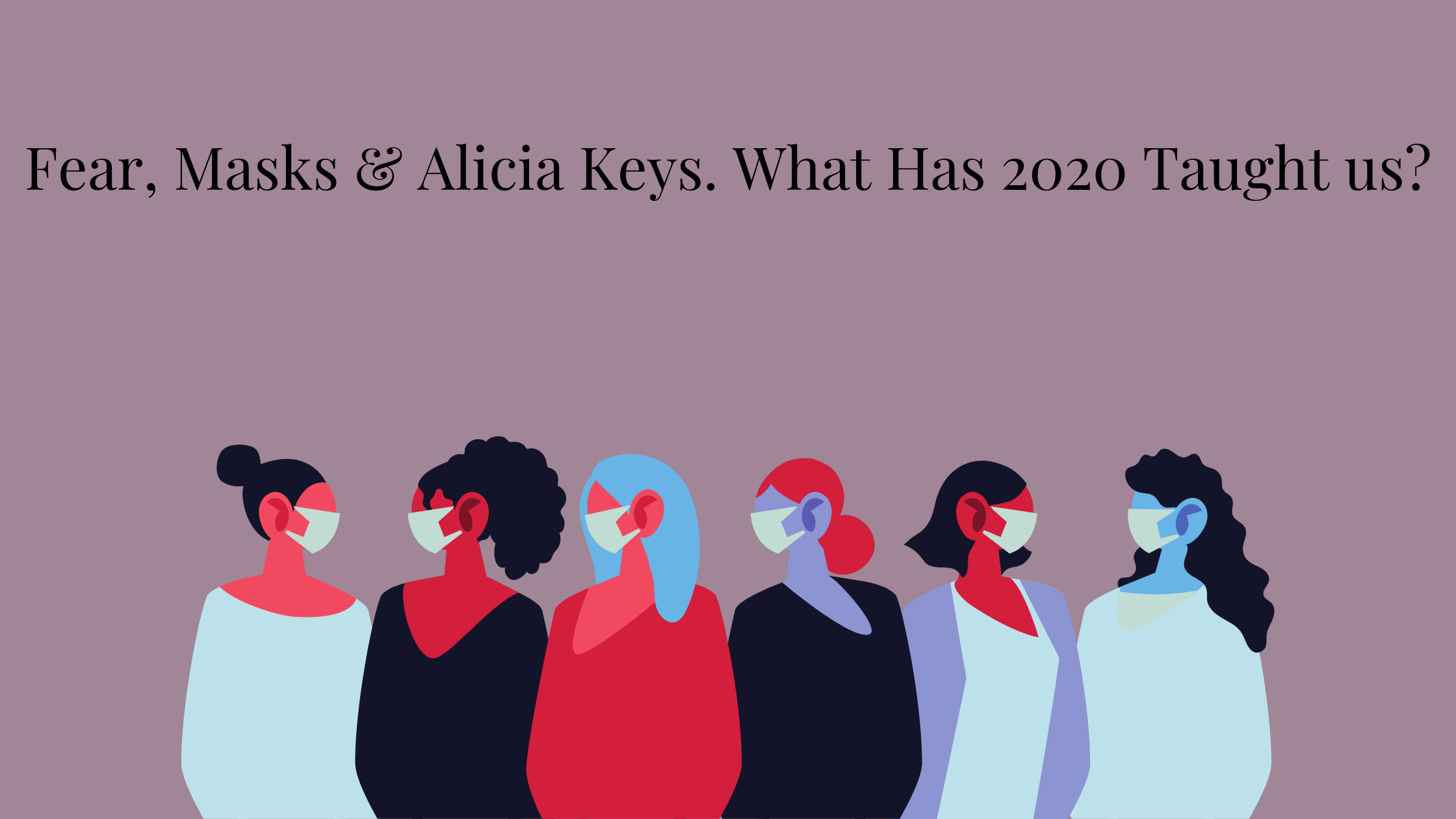