Get Over the Awkward Ask 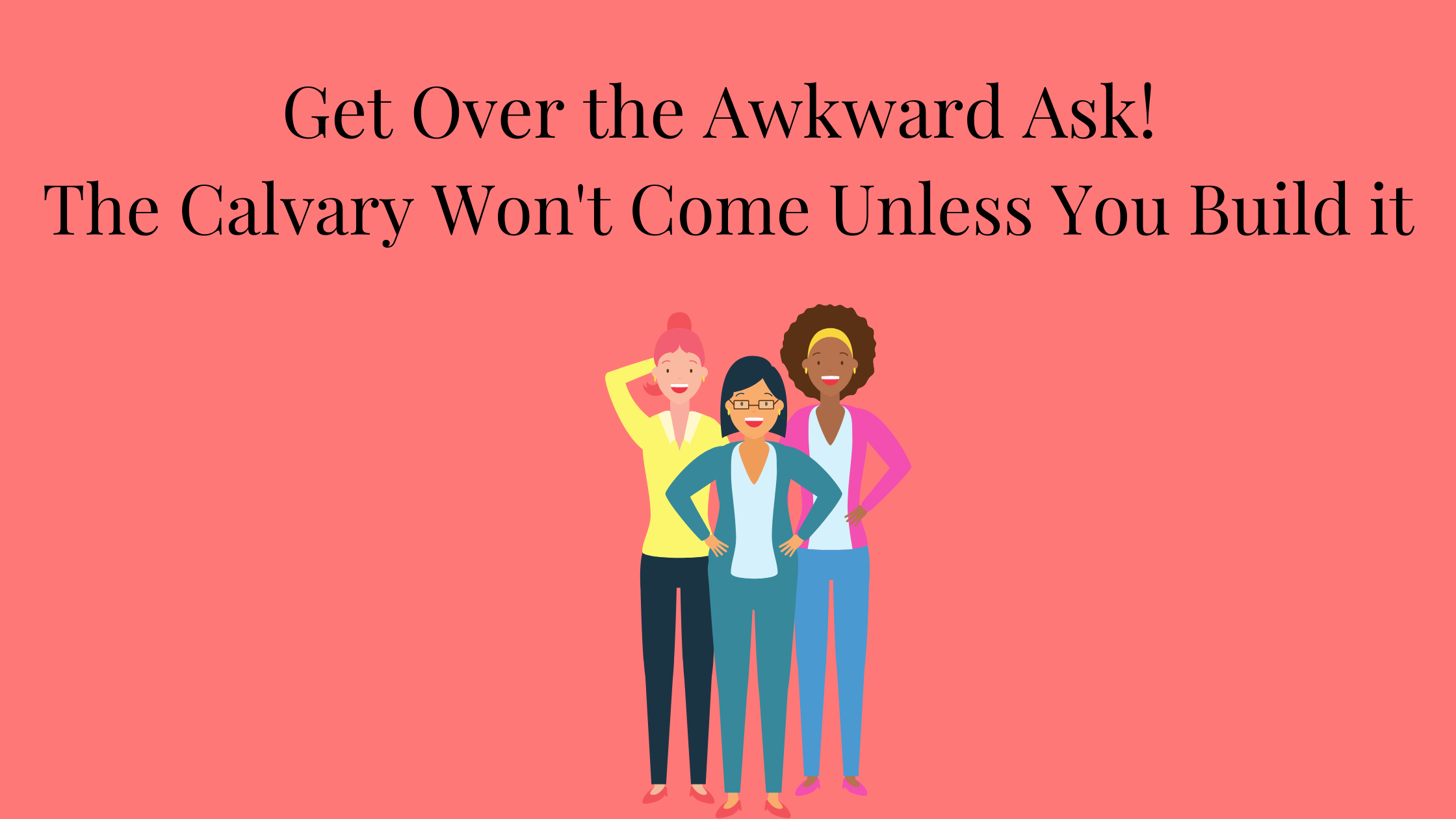 The Calvary Won’t Come Unless You Build it

“When I became a single Mom, I was working in a fast-paced Information Technology (IT) job and it was impossible to get the support I needed. I couldn’t cope with doing it all any longer and eventually I lost my job. At the time, my doctor said, ‘you need to take a step back because your body is actually shutting down.’ So, then I knew I had to pause,” said Toyosi Babalola, IT expert turned Entrepreneur.

Millions of Mothers have left the workforce in the pandemic. And forced to choose between their incomes and caregiving, more are considering downshifting or opting out. In the pandemic most parents are drained from increased everything. And access to childcare has remained the top request among surveyed parents in our study. Unfortunately, there’s often no village to turn to for support. And asking for help from friends and neighbors can feel uncomfortable. So, many continue to ‘do it all’ and burn out in the process. Toyosi, who moved to the US from Nigeria, realized that her village was missing. And so, to make life work as a single Mom, she decided to build one.

We (Still) Internalize the ‘Have it All’ Fantasy

Toyosi worked in a demanding IT role, a field with few women, let alone Moms. She said, “It was tough. I dropped my daughter off in the morning and went to work, breathing hard, sometimes at 10:00 o’clock. Can you imagine? And because we still live in a world where people judge, I felt like I had to wear this mask and keep going on autopilot.” She didn’t have the work flexibility she needed.

“Sometimes my kid was on me, nursing, while I worked until the wee hours of the morning. Because I was in IT, there were so many systems things that I needed to do at night, when other people were off. There was just no end in sight,” she said. The pressure continued as her daughter grew, “When she reached school age, with after school activities, it meant another set of pickups and drop offs. And I thought, okay, how am I going to do this? And somewhere along that road, I became a single Mom.”

Because Asking for Help is Awkward

If you attend a fundraiser for any school, you’ll probably find it’s staffed by Mothers. We’re comfortable giving help. Yet many of us won’t ask for it. And getting more support, whether at work or at home, can come with conflict or emotional baggage. Toyosi explained, “My friends would step in here and there but after a while, it gets awkward. Even with wonderful friends who love to support you, let’s be honest, everyone is busy. It’s not to say that people don’t give, they do, is just that it can become too much.”

Eventually Toyosi moved in with her own Mother for childcare. And then, she began to think about creating a solution to expand the limited pool of options. She said, “It stemmed from not having access to childcare, just like many other parents out there. When I was growing up in Nigeria, I remember having aunties, cousins, neighbors and friends rally around at the drop of a hat to help. And that nostalgic feeling, is what I hoped to experience when I became a Mom.”

And Paying for Help Isn’t Easy Either

Finding trustworthy childcare is like winning the working-parent-lottery. And because it consumes a lot of time, energy and money, paid care is often reserved for work hours. Or the occasional date night. Or emergency. Toyosi said, “When I looked into the statistics, I found that families were spending way more than the recommended amount on childcare. According to the Department of Health and Human Services families are supposed to spend no more than 7% of their income on it. But then I found on average, it costs more than college tuition in most states, which is ridiculous. I certainly couldn’t afford that as a single Mom! So, I wanted to create a platform that gave people choices.”

She built a system where parents can either barter or buy credits for childcare help. She said, “Sometimes I wouldn’t mind paying for a particular service because I’m strapped for time. And there are other times, when I’m strapped for cash. And I’d rather pick up tasks and bank credits.” Beautiful! She added, “I wanted it to be affordable and flexible enough for the 99%. If someone doesn’t want to do barter, we don’t judge, they can purchase additional credits in the ecosystem and someone else can help them out.”

Does This Open the Door for More Self-Care?

After kids, discretionary time evaporates for most. And 80% of parents in our pandemic study cite they’re doing ‘terribly’ or ‘not as well as usual’ at self-care, despite how critical it is for mental and physical health. Does the ability to barter, instead of paying for a sitter, help make self-care less of a special event?

Toyosi laughed and said, “When we actually turn to our friends and neighbors for help it’s when we’re on red, right? Like when we absolutely have no choice!” Exactly. For emergencies. But how can we shift the story we tell ourselves? She said, “I want to normalize childcare for even the smallest thing. Wanting to get my hair done is enough to warrant asking for help, in my opinion. I love getting my nails done, especially knowing that I can help someone out in the future. It makes me feel less guilty for making that ask.” Parents have been hungry for cost-effective childcare options. And for many, having more choice, is a pre-requisite to care for themselves. Toyosi said, “You’ve got to love yourself and try to take care of yourself first. Then you’re in a better space when you come back. It serves everyone!”

When asked about her own self-care rituals, she admitted that she aspires to do better, “I’d be a huge hypocrite if I said I’m able to achieve self-care the way I want to. I’m willing to sacrifice that somewhat because of what I’m building.” She is, however, intentional about breaks. She said, “So, my daughter says, ‘Mom you don’t spend time with me.’ So I put onto my calendar 15 minute blocks with her throughout the day. I also picked up journaling this year and find that quiet space for it after she’s gone to bed. I’d be lying if I said it was easy but it’s all for a good cause.” Yes!

She stressed the importance of openness as we work to change societal norms. She smiled and said, “Who would it serve if I came here and said, ‘oh I’ve got it all figured out?’” No parent does. But there’s promise in a collaborative solution. Toyosi said, “There’s an African proverb that says a child does not belong to just the family, a child belongs to the community. We need to tap into the power of community.”

Many thanks to the talented Toyosi Babalola!

Abulé was founded by Toyosi Babalola. For over a decade, Toyosi has worn multiple hats in the IT industry; but most importantly, she is a mom who has a broad view of the various mom archetypes and the challenges that accompany each. Knowing firsthand the struggles that parents face in trying to achieve work-family-life harmony, a bold vision was conceived to revive the village that it takes to raise our children by leveraging ancient wisdom with modern-day technology. When Toyosi is not daydreaming about her next venture, she enjoys music, singing, dancing, yoga, nature walks, mathematics, and anything to do with creativity or a body of water.